Ugandan army enraged over US sanctions on military spy chief. 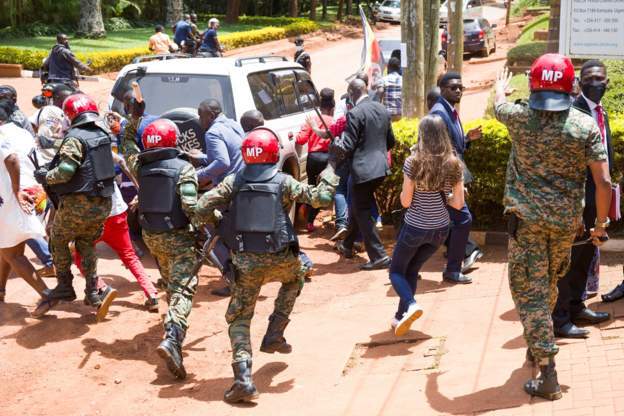 The military of Uganda has expressed its displeasure with the financial restrictions imposed on the country’s military intelligence chief, Major General Abel Kandiho. Uganda’s Security Forces stated on Tuesday that the penalties were imposed without proper process and regard for the idea of fair trials.
It expressed disappointment that such action had been taken by a country Uganda regards as a friend, ally, and partner. Mr. Kandiho and other military intelligence officers arrested, detained, and physically mistreated people “due to their nationality, political opinions, or critique of the Ugandan government,” according to the US Treasury.
Those apprehended were “subjected to terrible beatings and other atrocious acts… including sexual humiliation and electrocutions, frequently leading in significant long-term damage and even death,” according to the report. Following claims that malware developed by Israeli cyber firm NSO Group was used to snoop on the phones of US embassy workers in Uganda, the sanctions were imposed.
The US enforced visa bans on Ugandan officials in April, alleging that they were involved in human rights breaches related to the January parliamentary elections.