Sudan’s Military to Rule as Interim PM remains in Detention 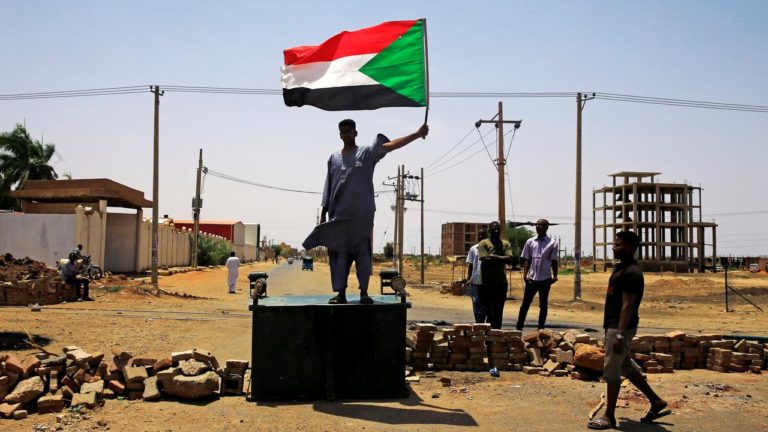 After arresting the interim prime minister and other officials, Sudan’s senior general dissolved the government and stated that the military would rule the country. Thousands of Sudanese denounced the coup in the streets. Sudan’s lengthy, rocky path to democracy, which began two years ago when demonstrators forced the fall of longstanding despot Omar al-Bashir, is now threatened by the military coup.

The decision was made only days before the military was set to hand over control of the country’s joint military-civilian government to civilians next month. Thousands of people flocked to the streets of Khartoum, Sudan’s capital, and Omdurman, its twin city, to demonstrate after government officials were arrested early in the morning.

While police officers sprayed tear gas to disperse the demonstrators, they blocked roads and set fire to tires. General Abdel-Fattah Burhan, the military head, said on national television that the government and the Sovereign Council, a hybrid military-civilian body created to manage the country would be terminated. He claimed that political squabbles drove the military to interfere.

Burhan proclaimed martial law and stated the military would pick a technocratic government to run the country through elections in July 2023. “The Armed Forces will persist to execute the transition to democracy until the nation’s future is surrendered to a civilian, elected administration,” he stated, implying that the military would retain control.

The European Union and the US have also expressed their disgust with Monday’s events. The first signs of a possible military takeover emerged from Sudan before sunrise Monday. Prime Minister Abdalla Hamdok was arrested and brought to an unknown place about mid-morning, according to the Information Ministry.

The country’s state news channel played heroic songs even though Internet connectivity was down. Later, military forces raided the offices of Sudan’s state-run television in Omdurman, arresting many employees. For weeks, tensions have been building between Sudan’s civilian and military leadership over the country’s path and the pace of its democratic transition.

After a failed coup attempt in September, the country was divided along historic lines, with more hardcore Islamists demanding military control opposed against those who deposed al-Bashir in protests. In recent days, both factions have taken to the streets in protest. The generals responded against civilian elements of the transitional power structure after the September coup attempt, demanding for Hamdok’s administration to be overthrown.

The Sovereign Council makes the final decisions, although the Hamdok administration is in charge of the day-to-day activities in Sudan. Burhan, the council’s chairman, said last month in broadcast remarks that the military would only hand over power to an administration chosen by the Citizens.

Al-Bashir came to power in 1989 after a coup Since, this shows that since Sudan gained independence from Britain and Egypt in 1956, it has been one coup after another. The African union stated the top officials arrested will be released..” Dialogue and agreement are the only valid ways to salvage the country and its democratic transition,” stated Moussa Faki, President of the African Union Commission.