Simone Biles bows out of Olympics in Favour of Mental Health 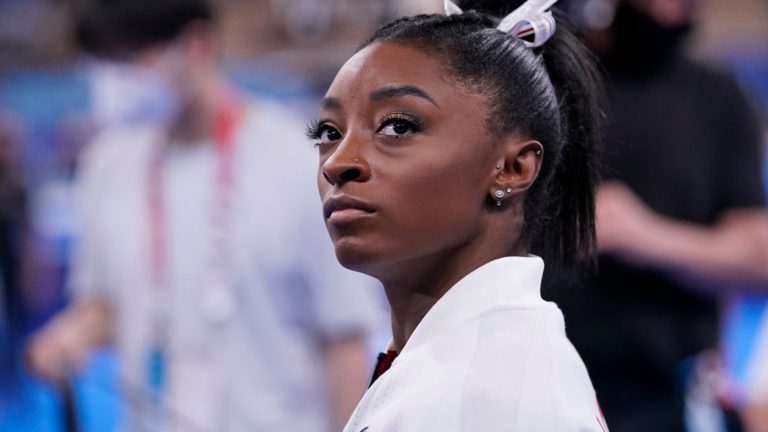 Simone Biles has, in what appears to be a very similar scenario to Naomi Osaka’s, bowed out of the Olympic games. According to Biles, this year’s games have been harder than most with the pandemic influence and she wishes to focus on her mindfulness.

Simone Biles, the most decorated American Athlete and Gymnast with the most world medals is taking a step back amidst all the chaos. In her words, she is choosing to protect her mind and body rather than doing what the world requires of her to do.

“After the performance I did, I just didn’t want to go on. I have to focus on my mental health. I just think mental health is more prevalent in sports right now.

“We have to protect our minds and our bodies and not just go out and do what the world wants us to do.

“I don’t trust myself as much anymore. Maybe it’s getting older. There were a couple of days when everybody tweets you and you feel the weight of the world.

“We’re not just athletes. We’re people at the end of the day and sometimes you just have to step back.”

The story sounds vaguely familiar as Naomi Osaka recently pulled out of the French Tennis Tournament with reasons across those similar lines.

Biles has received immense support since making the statement and cheering on the rest of the team to success. The USA gymnastics have shared that Biles will continue daily evaluations which will determine her participation in next week’s individual finals.

Simone will continue to be evaluated daily to determine whether or not to participate in next week’s individual event finals.

“We wholeheartedly support Simone’s decision and applaud her bravery in prioritizing her wellbeing. Her courage shows, yet again, why she is a role model for so many.