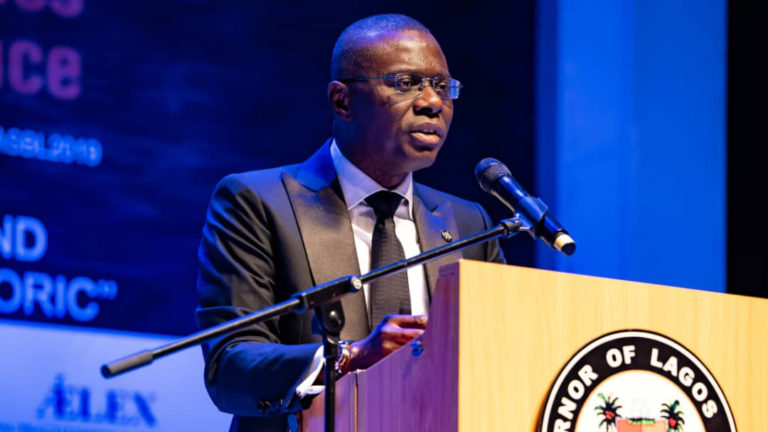 Lagos State Governor, Babajide Sanwo-Olu is taking no chances with the re-emergence of the coronavirus pandemic. Its third wave globally, as a result, the State Governor has urged the NIS to ensure travelers are duly reviewed to prevent a spread in the state.

The governor made the remarks during a courtesy visit to the State House in Alausa with Bauchi Aliyu, the Comptroller of the Lagos State Command of the Nigerian Intelligence Service (NIS).

In light of recent reports of new transmission in the state and confirmation of the Delta variant of the virus in the country, the Immigration Services, according to Sanwo-Olu, has a formal responsibility to prevent the virus from spreading further by monitoring people entering the country by land, sea, and air borders. The Governor made the following statements:

“We are monitoring events that may lead to the third wave of COVID-19 in the country, and this is why we need to work together with the Nigeria Immigration Service. As the gatekeepers, you have a statutory responsibility to work with our frontline health workers to ensure that people coming into the country obey our rules and conform to the protocols.

Nobody is above the law. We have designated some countries as red zones, and this is not discriminatory. We want to be able to monitor anybody coming from countries with a high burden of the virus. We want the Immigration Service to play its role so that we can nip the influx of new variants in the bud. We know that the virus is usually imported; we must be vigilant and ensure all protocols and guidelines are strictly observed, especially at airports.”

Aliyu stated in his speech that the Immigration Department is willing to work with the current administration to improve the state’s megacity designation.

He also expressed gratitude for the role the Governor played as the Chief Incident Commander during and after the COVID-19 Pandemic, which put us into a Public Health Emergency. He claimed that Sanwo-Olu’s hands-on managerial position prevented not just Lagos, the pandemic’s epicenter, but also the country as a whole from sliding into a swarm flux of epic proportions