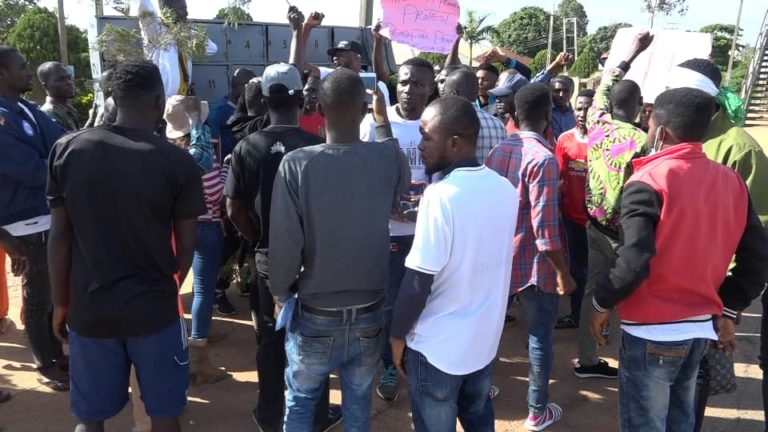 Students of the Plateau State Polytechnic Wednesday staged a peaceful protest to kick against their continued stay at home.

The students who came out in their numbers said they want explanations as to why the school is yet to resume academic activities even after the initial nationwide strike embarked upon by the Academic Staff Union of Polytechnic, ASUP, has been called off.

It was a difficult time for motorists plying the Yakubu Gowon Way in Jos as students of the state polytechnic barricaded the road to demand a quick response to their continued stay at home.

The students were worried that they are far behind as other polytechnics have since commenced lectures after the long nationwide strike that had kept them at home.

The Rector of the school who tried to calm the students said the reason behind the refusal of the lecturers of the institution to resume may not be unconnected to some allowances owed them.

In a twist of events, the Vice Chairman of the Academic Staff Union of the institution denied that they are on strike, attributing the action of the students to miscommunication from the school authority, but however, said there are still some issues that need to be resolved.

The students want an end to the crises to enable them pursue their dreams.