Jacob Zuma: No chance of reconsideration as Former President turns himself in… 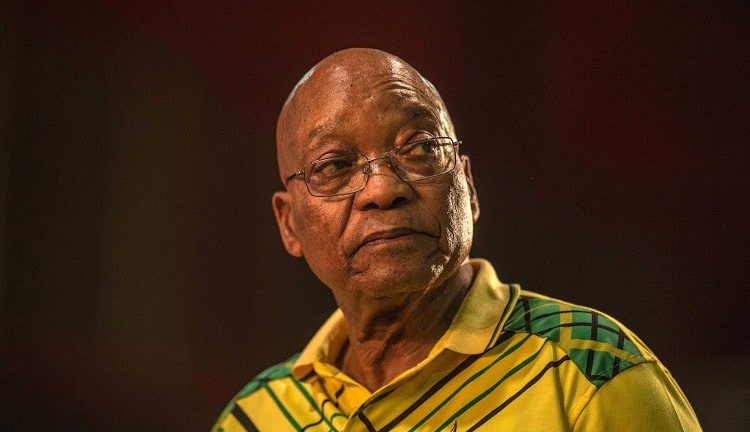 On Wednesday, the foundation of the former president of South Africa revealed that the former South African President, Jacob Zuma decided to comply with the “incarceration order” which was issued him by the constitutional court last week.

The former president was sentenced to 15 months imprisonment for failing to appear before the commission during the hearing of the cases of corruption during his regime.

The court gave him 5 days which elapsed last Sunday to turn himself in or face an arrest within the next three days if he delayed complying with the authorities.

There was uncertainty and tension at the former president’s home in Nkandla in the rural Kwazulu-Natal as they thought he will refuse to be arrested, although his lawyers pleaded with the high court unsuccessfully to suspend the constitutional order as it is only issued on a Friday.

Zuma’s lawyers will also be present in court next Monday and will plead with the court to rescind the order they gave for him to be jailed for contempt of court, however, the court being the country’s supreme court’s decision is final in South Africa. The constitutional lawyers said he stand little or no chance.

Nevertheless, it is most unlikely for the president to serve up to 15 months because prisoners are granted one-third remission for good behaviour and two-thirds can be earned as a remission.

However, older prisoners are released early by the prison authorities because of the risk of contracting the COVID-19 infection. In the month of May, Cape Town was informed that 14,000 prisoners were released because of the pandemic and former president, Jacob Zuma is 79 and has health issues.