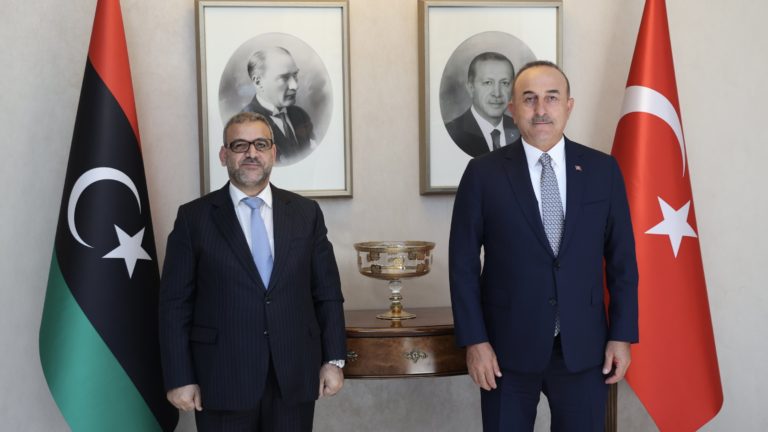 On Wednesday, Turkish President Recep Tayyip Erdogan met with Khalid al-Mishri, the head of Libya’s High Council of State, in the presidential palace in Ankara. The discussion takes place in the context of Turkey’s extensive contacts on developments in Libya and ongoing preparations for the December 24 elections. The senior individuals talked about what’s going on in Libya and the approaching elections, which Mishri opposes. He claims that if the elections are held as scheduled, they will result in civil war. Erdogan emphasized Turkey’s support for the Libyan government’s efforts to achieve stability, according to Turkish sources. According to Mishri, election results would not be acknowledged since they lack credibility and acceptance among Libyans. He emphasizes that the stability of Libya is contingent on the parties’ willingness to follow UN resolutions. According to Mishri, the laws governing presidential and parliamentary elections contain mistakes and irregularities, and they were adopted by the High National Election Commission without being discussed or voted on by members of the House of Representatives. Mishri met with Foreign Minister Mevlut Cavusoglu before his meeting with Erdogan and reviewed the present political environment and recent developments in Libya. He expressed hope for Libya’s stability, development, and peace, while emphasizing Ankara’s unwavering support. Mustafa Sentop, the Speaker of Turkey’s Parliament, met with Mishri and discussed bilateral relations as well as developments in Libya. Sentop emphasized the two countries’ continuous collaboration in a variety of areas, including infrastructure, education, security, military, development, and trade.
Mishri praised Turkey’s tough stands and support for Libya’s efforts to overcome all obstacles. He backs Turkey’s military intervention in Libya and hopes to strengthen ties with it in other areas.