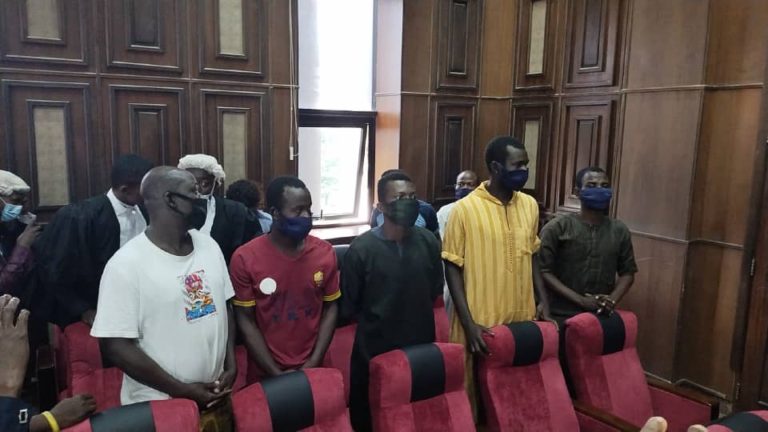 The Department of State Service, DSS, has finally produced Sunday Igboho’s aides in court after flaunting several orders of the Federal High Court mandating the service to produce the 12 detainees.

Justice Egwuatu adjourned the matter to August 4, 2021, following the request of the applicants’ lawyer, Pelumi Olajengbesi, to amend the processes before the court.

The DSS produced eight out of the 12 detainees in court on Monday.

This development was followed earlier by Justice Obiora Egwatu of the Abuja division of the Federal High Court asking the DSS to produce the applicants before him in court.

The 12 persons were arrested at the Ibadan residence of Yoruba agitator, Sunday Igboho, by the DSS on July 1, 2021.

Justice Egwuatu’s order was sequel to the refusal of the DSS to obey the court order issued on July 23, mandating the service to produce the applicants in court and show cause why the 12 persons should not be admitted to bail.

Before the court proceedings began, the DSS in their characteristic manner, had prevented journalists from gaining full access to the court as the detainees walked in.

When the matter came up for hearing, the applicants’ counsel, moved a motion to amend the original process before the court, stating that there were a few names that needed amendments.

The DSS counsel, David Awo, did not oppose the application.

Justice Egwuatu, therefore, adjourned the case to August 4 for the hearing to continue.