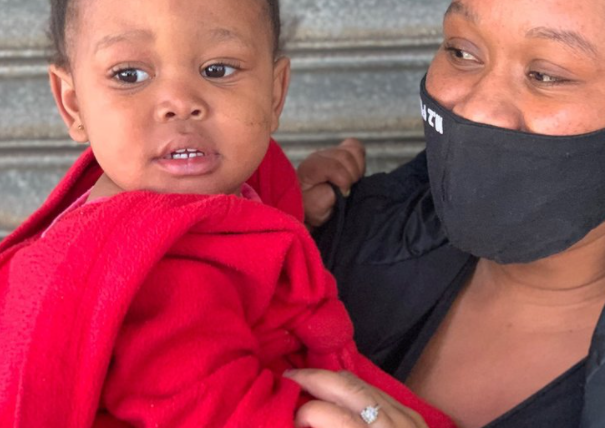 A terrified mother was forced to throw her toddler from a building after it was set ablaze by looters who set businesses on the lower floor in the South African city of Durban. The mother called out to a group of bystanders with their arms outstretched to catch the child as it became evident her chance of survival was slim.

According to local reports, the infant was unharmed and was reunited with her mother. Six days of continuous stealing and burning in Johannesburg and KwaZulu Natal has left many South Africans terrified by the severity of horrors happening.

On reuniting with her child after successful rescue attempts by bystanders, Naledi Manyoni claimed she did so because she just wanted her child to survive in a worst-case scenario.

72 people have been reported dead and over 1,200 people have been imprisoned ever since former President Jacob Zuma turned himself in to begin a 15-month prison sentence that birthed a series of violent protests.

Looters have targeted supply lines and transportation links, mainly in KwaZulu-south Natal’s eastern region, disrupting commodities and services across the country. Authorities reported 208 theft and vandalism incidents on Wednesday, while the number of military personnel assigned at vital locations grew to 5,000.

President Cyril Ramaphosa had a meeting with political party leaders and warned that due to widespread disruptions in food, gasoline, and medical supply chains, some areas of the country may soon run out of essential necessities.

On Wednesday, state-owned logistics business Transnet announced a “force majeure,” or an emergency beyond its control, on a crucial train line linking Johannesburg and the coast, due to the instability. AFP photographers said hundreds of people queued up in front of food stores before they even open and cars line up in front of petrol stations