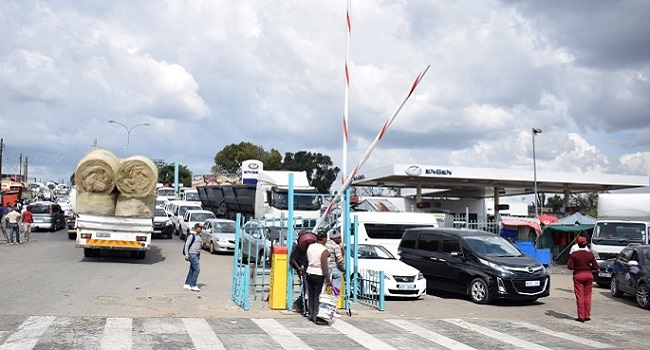 South Africa’s GDP declined for the first time in a year in the third quarter, according to official numbers released Tuesday, as the country was affected by turmoil and tougher Covid regulations.
According to the Stats SA agency, GDP decreased by 1.5 percent between July and September compared to the previous three-month period after four consecutive quarters of growth.
Stats SA said in a statement that the decline wiped out “part of the country’s economic growth since the disastrous impact of Covid-19 in the second half of 2020.”
According to the agency, the economy underperformed “due to the twin constraints of tougher Covid-19 shutdown restrictions and a wave of social unrest in July, as well as various other challenges.”
Following the imprisoning of ex-president Jacob Zuma for contempt, portions of South Africa were shaken by fire and theft in July. To combat the third wave of illnesses, the country, which has been impacted most by Covid in Africa, strengthened coronavirus restrictions that month.
The trade, catering, and lodging industries all experienced a 5.5 percent drop.
Manufacturing fell by 4.2 percent, while agricultural output fell by 13.6 percent, the most in five years.
When the pandemic struck, Africa’s largest industrialized country was in recession.
Many businesses came to a halt after a harsh lockdown was enforced in March of last year, and rolling restrictions have continued to impede business. In 2020, the economy declined for the first time, by 6.4 percent, but recovered quicker than projected in the first quarter of this year. Last month, it was forecast to expand by 5.1% in 2021.