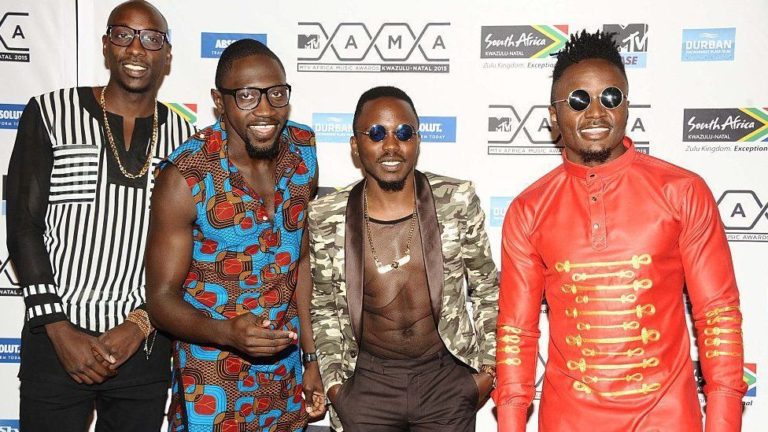 Willis Austin Chimano, a member of the popular Kenyan band Sauti Sol, has revealed that he is gay, telling the local press that doesn’t want to live a lie anymore.
Sauti Sol, one of Africa’s most popular male bands, won the MTV Africa Music Awards in 2016.
Chimano’s decision to come out as gay was praised as a breakthrough for the LGBT community.
In Kenya, gay sex is penalized by up to 14 years in jail; in 2019, a challenge to the law was dismissed.
However, convictions under this statute are uncommon, and attitudes toward LGBT individuals in the country are more liberal than in neighbouring Uganda and Tanzania.
The singer is the latest in a long line of notable young Kenyans to come out as gay or lesbian. “He is seen by young people as an icon who comes out to enjoy his life and sexuality, and they salute him. It’s a positive thing because it demonstrates our country’s variety “Kevin Mwachiro, a gay activist said.
Chimano released a solo track, Friday Feeling, last week, which he described as “a true expression of who he is” to the local Standard newspaper.
“It’s the first time I’ve written a song about myself. You get to know Chimano, and that’s a big responsibility. It’s merely a symbol of the queer community’s underground ballroom culture, which I’m a member of “He is reported to have said.
In 2019, a Kenyan High Court ruled against activists seeking to abolish a law prohibiting homosexual sex.
Protestors wanted the law from the colonial era abolished, stating it promoted homophobia.

In Mbarara, two persons were killed in an explosion at the Agip Motel.

Ugandan children are exposed to child sacrifices and teen pregnancies.