A Benin court has sentenced the opposition leader to ten years in prison. 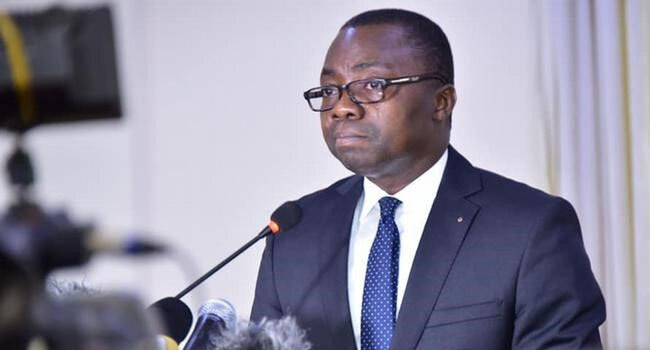 After a trial on treason and corruption accusations, a special court in Benin sentenced Joel Aivo, one of the country’s opposition figures, to ten years in jail on Tuesday. The academic, who had been detained for eight months, said that the charges of plotting against the government and money laundering were politically motivated.
According to an AFP reporter, he was found guilty following a more than 16-hour trial.
Many opposing leaders were jailed before or shortly after Benin President Patrice Talon won a second term with almost 86 percent of the vote in the April 11 election. When the trial began on Monday, Aivo, one of the opposition figures forbidden from standing in the presidential election, pleaded not guilty.
Aivo was arrested on April 15 and brought before the Economic Crime and Terrorism Court (CRIET) in Porto-Novo, the West African country’s administrative capital.
Critics have accused the CRIET, a special court established in 2016, of being utilized by Talon’s administration to clamp down on the opposition. Benin was once praised for its vibrant multi-party democracy, but detractors claim that under former cotton magnate Talon, the country has progressively fallen into authoritarian control. Some members of the opposition have fled the country, while others have been prohibited from running in elections or are being investigated.