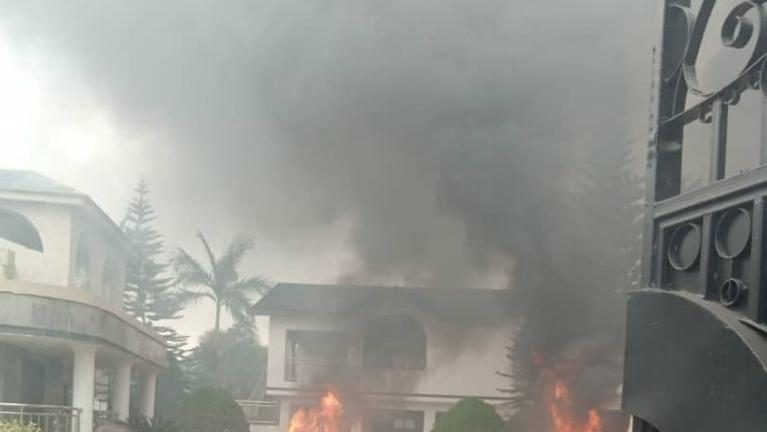 It’s no longer news that the home of Imo State Governor, Hope Uzodinma was razed down yesterday, however, more details have begun to emerge on how the heist occurred.

30 yet to be identified gunmen stormed the premises as early as 8:00 am in the morning and shot severally before breaking into the residence of the sitting governor at Oru East Local Government Area.

The buildings, as well as several vehicles parked in the compound, were set ablaze but, only a part of his house was severely affected as neighbors helped to put out the fire speedily before firefighters arrived as they planned their escape.

Unfortunately, two NSCDC officials stationed at his house was fatally shot as well as a police sergeant.

The news reaching security operatives is that the attack followed an attempt to arrest a known IPOB commander, Ikonso by a team of soldiers and the IG of Police Intelligence Response Squad. The gunmen reportedly burnt down a police office before heading to burn the house of the governor.

Lai Mohammed: Kanu will be tried for threatening Nigeria’s Unity